I’m Bruce Jenner. I kid. But since Caitlyn isn’t using it, I figure, why not?

It’s like a box seat at a ball game. If it’s empty, might as well move in from the cheap seats.

But in all seriousness, you got to hand it to Caitlyn because it took b—- the size of weather balloons to criticize media darling and trans swimmer Lia Thomas, saying, “Biological boys should not compete against biological girls.”

Jenner may not be on the cover of Wheaties anymore, but she should be the spokesperson for Planter’s, because she’s got some major n— on her.

By the way, Wheaties is the worst-tasting cereal ever. It makes Count Chocula taste like a $60 steak. I think that’s why they put athletes on the box, because no fat person would dare eat it.

Now, Jenner says she has no beef with Thomas, but felt the NCAA wasn’t tough enough in allowing Thomas to compete in women’s races. 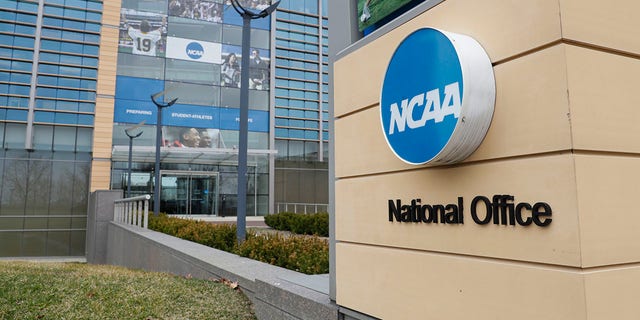 And she’s right. Thomas just beat a bunch of biological girls in the 500-meter … whatever. Honestly, I don’t follow it. Swimming is for people too lazy to bathe after exercising.

But in this controversy of letting biological males beat biological females, there has to be a sane position to take.

First, I don’t think a dude chooses to switch genders in order to beat girls in a sport that, you know, before he’s sucked at, because cheating with steroids would be just much easier.

But remember, as a dude, Thomas was ranked at 462 — one spot ahead of a rusty anchor. And now as a chick, she’s number one. 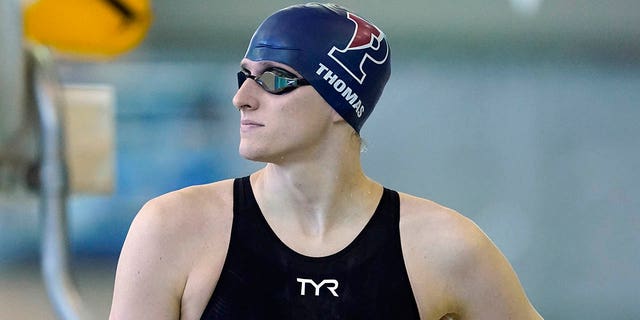 She should be the spokesperson for chlorine. Strong enough for a man, but made for a woman.

But I wonder if the controversy matters to her, or does she try to ignore it?

LIA THOMAS: I try to ignore it as much as I can. I try to focus on my swimming, what I need to do to get ready for my races, and just try to block out everything else.

OK. That’s weirdly selfish. It’s like me putting on a dress and doing “The View” and acting like it’s no big deal. The sad thing is, I’d still be the hottest.

But I’d also kick their butts. It’s not hard. It’s “The View.” They need tech support to count to 10. But it’s not about switching genders at all. That’s just a distraction. I doubt winning swim meets is the reason anyone would change their sex.

Swimming is hard enough. I won’t go near a kiddy pool unless there’s a lifeguard on duty, but it’s about what you do after switching genders. It’s common sense, you might even call it common courtesy.

Perhaps what Thomas is doing is a byproduct of masculine selfishness, like eating the entire pizza you were supposed to save for your spouse when she got home from work.

That’s the striking part. A dude becomes a man and then kicks the crap out of girls of the sport. It’s just piggish. I mean, not many women are becoming men and doing the same thing, or if they do, they lose more often than Hillary Clinton.

So the more Thomas wins as a chick, the more of a chauvinist she appears to be. I mean, you should see that even if your bangs are in your eyes.

No one is saying it’s wrong for you to pursue the sport you love. But when you have a clear advantage and for some reason you don’t care, it’s disrespectful and it’s narcissistic.

But by sticking up for women, gender shows the respect she has for the fairer sex, which seems missing with Lia as she happily destroys the competition.

And Jenner’s doing it in the face of a media who condemns Caitlyn while they desperately cling to the untenable woke position. An NBC op-ed actually compared Thomas to Jackie Robinson, which is weird.

They don’t look at all alike, except maybe in size and muscle mass.

Reka Gyorgy — not sure if I got that right — a Virginia Tech swimmer, took issue with the NCAA rules allowing transgender women to compete against biological females after she missed the cutoff or the consolation final in the 500 freestyle.

She blamed Thomas’s dominance in the race. In a letter she claimed their rules are harmful to biological females and that every event transgender athletes competed in was one spot taken away from biological females — herself included.

You know, it’s almost as though biological women should have their own league so they aren’t crushed by biological men. That’s crazy. Ron DeSantis — isn’t he the commissioner of swimming or something? — is also pretty ticked off.

RON DESANTIS: Now, the NCAA is basically taking efforts to destroy women’s athletics. They’re trying to undermine the integrity of the competition, and they’re crowning somebody else the women’s champion. And we think that’s wrong.

So he issued a proclamation declaring the second place finisher, Floridian Emma Weyant, the true champion.

But in short, Lia crushed the female competition. I’m not devastated, but then I’m not a woman who swam all her life competitively. I’m just a biological male who drinks competitively, and I got the trophies and liver to prove it.

Swimming is something I do when I need to pee at the beach.

It’s true. I’m just warming the water for everybody else. But I’m looking at this and I can’t deny what I see. The NCAA seems more interested in appearing woke than protecting its athletes, but to make this ideology work, you have to erase the distinction between trans and biological women.

That means it’s not only women being erased from the record books of their own sports — they’re being erased, period. No pun intended since men can have periods too.

So wait ’til the next Lia Thomas comes along and wants to play a contact sport like maybe women’s lacrosse and leaves a trail of injured women on the field.

Maybe then the NCAA and their lawyers will finally say “uncle” — or should I say, “aunt”?

This article is adapted from Greg Gutfeld’s opening commentary on the March 22, 2022, edition of “Gutfeld!”

Previous post Who is performing at the Kentucky Derby 2022 concert?