TWO mates who started selling nuts to pubs have revealed how the idea rolled into a business worth £10million.

Stefan White and Tom Renshaw revealed they got the idea while on a trip to Bulgaria – finding a delicious snack perfect to crunch on while downing beer.

They went all out like the BBC’s The Apprentice, to make their business venture a success.

It all started from a trip to Bulgaria – after the two met each other while attending university.

When the pair were 23 and 22 years of age, they went pub hopping abroad.

While visiting Bulgarian pubs they came across bar snacks that struck their minds and gave them an idea. 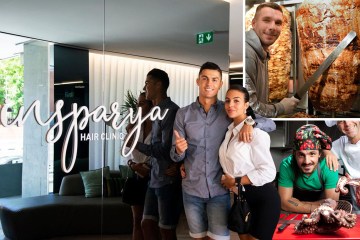 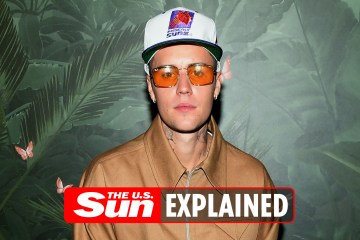 Stefan said: “When we first tasted these amazing nuts we turned and said to each other ‘these are incredible.’

“They were just so good, especially with beer, they were like nothing we had ever tasted before, and at that moment we knew we had to show the UK what they were missing out on.”

So in 2019, the summer after graduation, they raised £7,000 from a Kickstarter campaign, with £5,000 coming from family and friends. They also took a £24,000 Government loan and invested 95 per cent of the money into producing product.

They stored 100,000 units of “amazing nuts” in London made of snacks with unusual flavours such as Jalapeno and Masala Curry and packaged in sustainable cans resembling beer ones.

The pair set out to a different London borough everyday and visited independent pubs with the hopes of selling them their product.

At noon, they would be making calls to pub groups before heading to work at bars as kitchen porters and bartenders at 3pm and finish at 2am.

Stefan said: “That’s when the door to door selling started.

“But the beautiful thing about London is that there are 9,000 pubs. After about six months we had visited about 4,000 pubs, with 500 on board – a one in eight success rate.

“My shoes were talking to me, my jeans were ripped, and I lost 20kg in weight.

“We didn’t realise selling snacks was the toughest industry to get into.”

Earning £1,300 a month and having to pay a rent of £1,250 a month, Stefan was determined to make this business venture a successful one.

In nine months, the pair grew from zero to 2,000 pubs, after Stonegate Group put their product in 300 of their pubs, and they kept expanding from there.

It was all going well, until pubs were forced shut because of the Covid-19 pandemic in March 2020.

Stefan and Tom were drinking their stress away when Tom came up with a brilliant idea. In a time in which people had no option but to shop online, Tom thought of expanding the business to the web.

Tom thought of creating ‘care packages’ to help customers get through the pandemic and then released a ‘Super Dad’ giftbox for Fathers’ Day.

What initially started off as a 12-week project, went on to be an online sensation, having the ‘Super Dad’ giftbox sell out in 10 days.

The pair had more motivation than ever to keep going and two years later, they founded Biers Company – an online shop selling craft beers from different breweries across the UK and their own signature brand Bier Nuts and Biers Crisps.

The business has generated £10 million in revenue and they aim to expand more than ever.

Stefan, from North Reddish in Stockport, was the master mind behind the idea. He now also has his brother Liam and his cousin Cameron in on the business.

Having set up a head office in London, Liam is in charge of the subscription service, Bier Club, while Cameron was hired from South Reddish McDonald’s to become their head of customer service.

Tom and Stefan – who tattooed their old flat number to remember the very beginning – also employ eight staff members in a 45,000 square feet warehouse in Enfield.

LEARNING FROM THE BEST

Stefan was always keen to find ways on “what can [he] to get enough money” to make himself profit and also help out his family.

When he was younger, he used to sell his Easter Eggs a month later, £1 cheaper than supermarket prices and made his brother and sister pay 2p every time they jump off of his top bunk bed.

He was learning the way of how to be an entrepreneur from watching Dragon’s Den, while other children watched Disney Channel.

Stefan said: “I used to think the Dragons could save you.

“We weren’t struggling as kids. My mum was a housewife and my dad was on £22k. When my parents split up when I was 11, I remembered my dad was really down.

“We were going around Denton Crownpoint, in River Island, and my dad really wanted this £110 leather jacket. I thought ‘what can I do to get enough money?'”

So Stefan started selling cans of pop and sweets at school, while famous chef Jamie Oliver was calling for schools to make snacks healthier and ban crisps and chocolate.

Stefan added: “The entrepreneurial journey started out of heartbreak. Now it’s about family pride with me, they’ve always put me on a pedestal; I was the first to go to university.

“I grew up right next to the Fir Tree pub, that was where I had my first pint. But it was knocked down for a Lidl. The plan is that hopefully in the future I have enough money to rebuild the Fir Tree pub.”

Another plan that Stefan also shares with Tom is that they expand their company to Europe and the US.

Stefan said: “The business will be the first name that pops into your mouth when you talk about craft beer. It’ll be brewery once we launch that, the snacks, in pubs, online presence, draft beer dispensers in your homes.

“This business will be everything. Currently, that’s Brewdog – but it won’t be in five years.”

Stefan and Tom aim to become international in 36 months, despite obstacles created by Brexit.

Stefan and Tom met each other while living together and attending the Queen Mary University of LondonCredit: MEN Media

They came up with the business idea while pub hopping in BulgariaCredit: MEN Media

The ‘Super Dad’ giftbox that Stefan and Tom created ahead of Fathers’ Day in 2020, to save their business amid the Covid-19 pandemic.

Previous post Winning When Trump Is Against You: A How-To Guide

Next post Putin critic Navalny transferred to one of Russia’s ‘toughest, most torturous penal colonies’