A MUM-OF-THREE has been slammed online after claiming she’ll never normalise a dirty house.

The woman, who is from the US and goes by the acronym @beautyandherbabiess on TikTok, explained how other homeowners should make cleaning a “priority.”

A mum-of-three has been slammed online after claiming she’ll never normalise a dirty houseCredit: TikTok / @beautyandherbabiess

The woman argued that cleaning should be a “priority”Credit: TikTok / @beautyandherbabiess

In the video, she gives her social media followers a tour of her spotless house – from the kitchen to the bathrooms – and there’s not an item out of place.

She explains: “I will NEVER normalise a dirty house.”

“We both work and we have three kids. It’s called a priority.”

The mum-of-three continues: “Keeping a clean house 24/7 can be done. 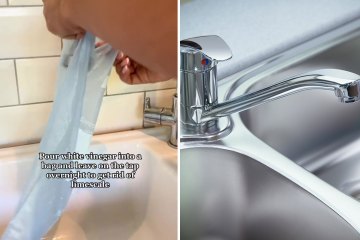 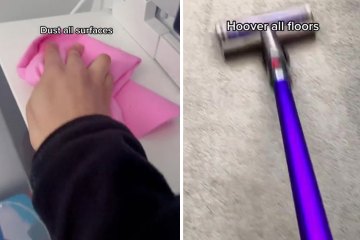 “If it’s important to you, you will make time. It’s NOT impossible.”

The post quickly racked up over 272,000 views and appeared to cause quite the stir online.

Unsurprisingly, it wasn’t long before the comments section was inundated with comments.

A third asked: “Do you want a reward?”

Meanwhile, a further added: “Nothing wrong with a clean house just don’t understand why you bash others give it time karma always makes its rounds.”

The woman said that keeping a clean house 24/7 “can be done”Credit: TikTok / @beautyandherbabiess