It took a few months, but Maryland has a new fishing record for 2022.

A man in Maryland broke a 2017 record after catching a large muskie in the Potomac River. According to state officials, this is the first fishing record that has been set this year.

Kyle Mullenix caught a 33-pound, 49-inch muskie while fishing along the banks of the Potomac River. According to the Maryland Department of Natural Resources, muskie are the largest freshwater fish in the state.

They are also one of the most difficult fish to catch in the state as well. 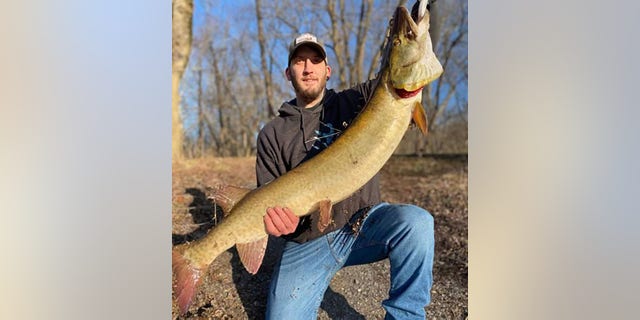 Mullenix told the Maryland DNR, “He put up a good fight, but we didn’t think it was that big until it was on the bank,” Mullenix said. “Things don’t always go as planned, but now life has gotten a lot better.”

According to Mullenix, he has spent decades trying to catch a muskie. He says he hasn’t had much luck until now. Considering that his muskie earned him a new state record, it’s fair to say that his luck has changed. 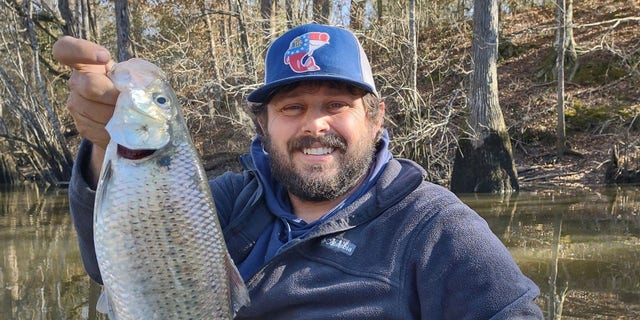 Timmy Woods of Kite Georgia reeled in a 2 lb, 10 oz hickory shad, which is the second record-setting fish to be caught in the same river in just over a year. (Georgia DNR Wildlife Resources Division)

This is just the latest fishing record to be set in the United States this year.

Fox News previously reported that Timmy Woods of Kite Georgia reeled in a 2 lb, 10 oz hickory shad. This new fish breaks the previous state record for hickory shad, which was caught in the same river just over a year ago.

“In just over a year, the Ogeechee River has produced two state record hickory shad,” The Georgia Department of Natural Resource’s Wildlife Resources Division posted on Facebook. “This prize was reeled in by Timmy Woods of Kite, Georgia and outweighs the only one-year-old state record at a whopping 2 lb, 10 oz.”

Previous post Rachel Zegler, ‘West Side Story’ Star, Is Invited to the Oscars After All

Next post Renault, the biggest Western automaker in Russia, halts operations there.