Queen Elizabeth II made a surprise appearance on the Buckingham Palace balcony Sunday after it was widely anticipated she would not participate in the final Platinum Jubilee festivities.

The 96-year-old monarch wore a vibrant green suit as she walked out of the palace and greeted thousands of revelers alongside her immediate royal family as celebrations wrapped up marking her 70 years on the throne.

Elizabeth was joined by Prince Charles and Camilla Parker, the Duchess of Cornwall. Grandson Prince William and wife Kate Middleton joined her majesty, in addition to their three children: Prince George, Princess Charlotte and Prince Louis.

It was the first time the queen had been seen since Thursday’s lighting of the Jubilee beacons, as she backed out of church services at St. Paul’s Cathedral, and missed horse racing events for only the third time. 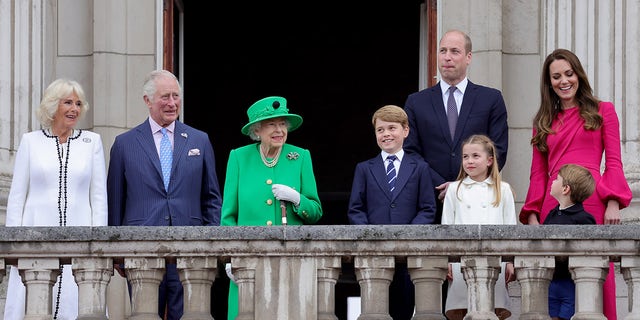 The queen’s attendance at Jubilee events throughout the long, holiday weekend were up for speculation after she initially experienced “some discomfort” at the opening Trooping the Color military parade on Thursday.

Ed Sheeran sang his chart-topping hit “Perfect” for Elizabeth and in tribute to the queen’s late husband, Prince Philip, as images of the couple flashed behind on a big screen. The Duke of Edinburgh died in April 2021 at the age of 99.

Following his song, the 31-year-old musician, who recently welcomed second daughter with wife Cherry Seaborn, joined in on a rendition of “God Save The Queen” outside the palace at the end of the pageant.

Sheeran previously performed for the queen at her Diamond Jubilee celebrations in 2012 when Elizabeth celebrated 60 years on the throne.

Queen Elizabeth II became the first British Monarch to celebrate a Platinum Jubilee earlier this year after marking 70 years of service to the people of the United Kingdom, Realms and the Commonwealth. 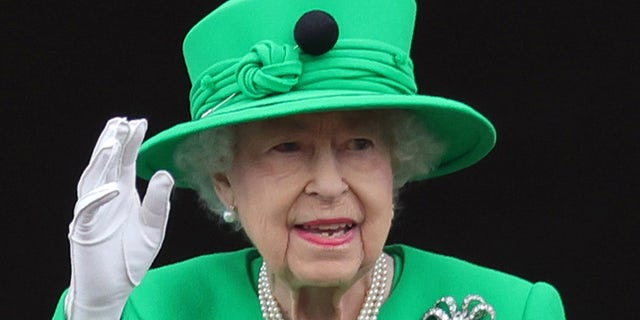 The 96-year-old monarch made a surprise appearance from Buckingham Palace on Sunday during the last day of Jubilee celebrations. (Chris Jackson)

The bells of Westminster Abbey rang on Sunday just as they did on Queen Elizabeth’s coronation day in 1953 as the two-hour pageant began, and rolled through Whitehall to Admiralty Arch and down The Mall to Buckingham Palace.

Queen Elizabeth’s 18th century Gold State Coach was paraded through the streets of London featuring a hologram of the young monarch waving.

This marks the first time in 20 years the 260-year-old carriage was removed from its display at the Royal Mews. Unlike previous events for the jubilee, the pageant is open to the public.

Prince Charles and Camilla mingled with crowds on Sunday at The Oval cricket ground in London for a “Big Jubilee Lunch.” Millions across the country similarly sat at long tables decorated with balloons and ate picnic fare. 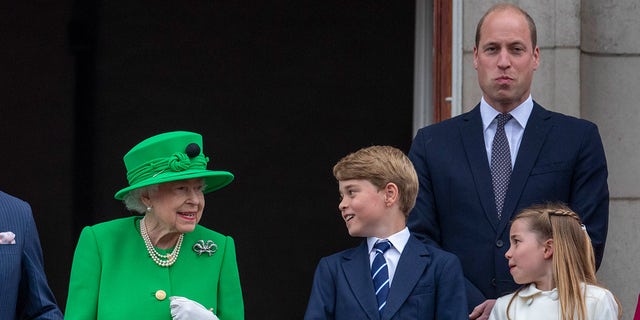 The queen shared a sweet moment with Prince George and Princess Charlotte during the Platinum Jubilee. (Chris Jackson)

Despite her attendance at Thursday’s Trooping the Colour military parade and flypast which honored her 96th birthday, The Palace issued a release that the queen would not be in attendance on Friday’s Service of Thanksgiving at St. Paul’s Cathedral.

“The Queen greatly enjoyed today’s Birthday Parade and Flypast but did experience some discomfort,” the statement read.

“Taking into account the journey and activity required to participate in tomorrow’s National Service of Thanksgiving at St Paul’s Cathedral, Her Majesty with great reluctance has concluded that she will not attend.”

The Palace added: “The Queen is looking forward to participating in tonight’s Beacon lighting event at Windsor Castle and would like to thank all those who made today such a memorable occasion.”

Following Elizabeth’s announcement, a royal expert told Fox News Digital that it’s “another sobering reminder that the Queen’s record-shattering [70-year] reign is drawing to an end.”